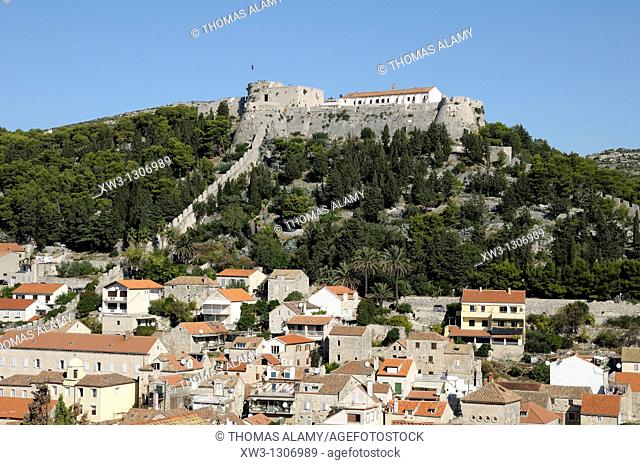 The history of Hvar Island is a fascinating one, especially the turbulent period following World War II. In 1992, a UN fact-finding mission found 3,727 refugees and displaced persons on the island. Out of these, 1,323 lived in private homes while the rest were housed in hotels. As hotels were closed during the cold winter months, these temporary residents were not equipped with heating. Although Hvar was never occupied by an enemy, the tiny airstrip in Stari Grad was bombed twice, leaving local residents without emergency services and emergency supplies.

The significance of St. John’s church in Hvar history is undisputed. Built on the site of an ancient temple in 1147, the church is the oldest sacral center on the island. Its baptistery was discovered next to the church and dates back to the 6th or 7th century. Today, it has been covered to ensure its preservation. The church itself is also worth a visit.

The Church of St. John was constructed in the Early Christian period. The basic body of the church is still intact, including the apse and chancel arch. Parts of the floor mosaics also survive. The original Early Christian altar was installed and consecrated in the presence of the bishop and clergy of Hvar. While there are no ruins left of the church’s original features, the restoration process is a time-consuming task.

The southern part of Hvar is home to the prehistoric Grapceva Cave, one of the most important prehistoric sites in the Adriatic. Its inhabitants were familiar with the polychrome ceramics of the Aegean and Ionian seas. Visitors can explore the cave’s interior, which contains many stalactites, stalagmites, and niches. Since 1962, it has been protected as a natural geomorphological monument.

The cave dates back 3,000 years, making it one of the most important archaeological sites in Croatia. Despite the fact that the cave is usually closed for public access, the underground area is open for a small entrance fee. It is best to book a tour in advance, as the cave is usually closed on weekends. However, if you are visiting on a holiday to Hvar, make sure to get a ticket to enter the cave.

When it comes to history of Hvar, you must consider the town’s fortifications. Built behind a hill in the western part of the city, the fort looks like a Spanish fort or a Venetian town wall. The ancient wall and observation post provide panoramic views of the town. The fort also preserves valuable works of art, including paintings by Stefan Celesti, Antonio Sciuri, Marko Rasica, and Jure Tudor.

The most important archaeological site in Hvar is Marko’s Cave, which is located in the western part of the island. Research into this cave found evidence of human existence on the island as early as 7000 BC. The cave is lined with stalactites and has a large and small hall. There are many less-accessible branches as well. A guided tour will show you the various cave chambers and exhibits, as well as explain the history of the cave.

Welcome to Hvart, the blog dedicated to the beautiful Croatian island of Hvar. I’m born and raised on the island and want to share its beauty with you. Don’t hesitate to follow me on social media to experience Hvar first hand.